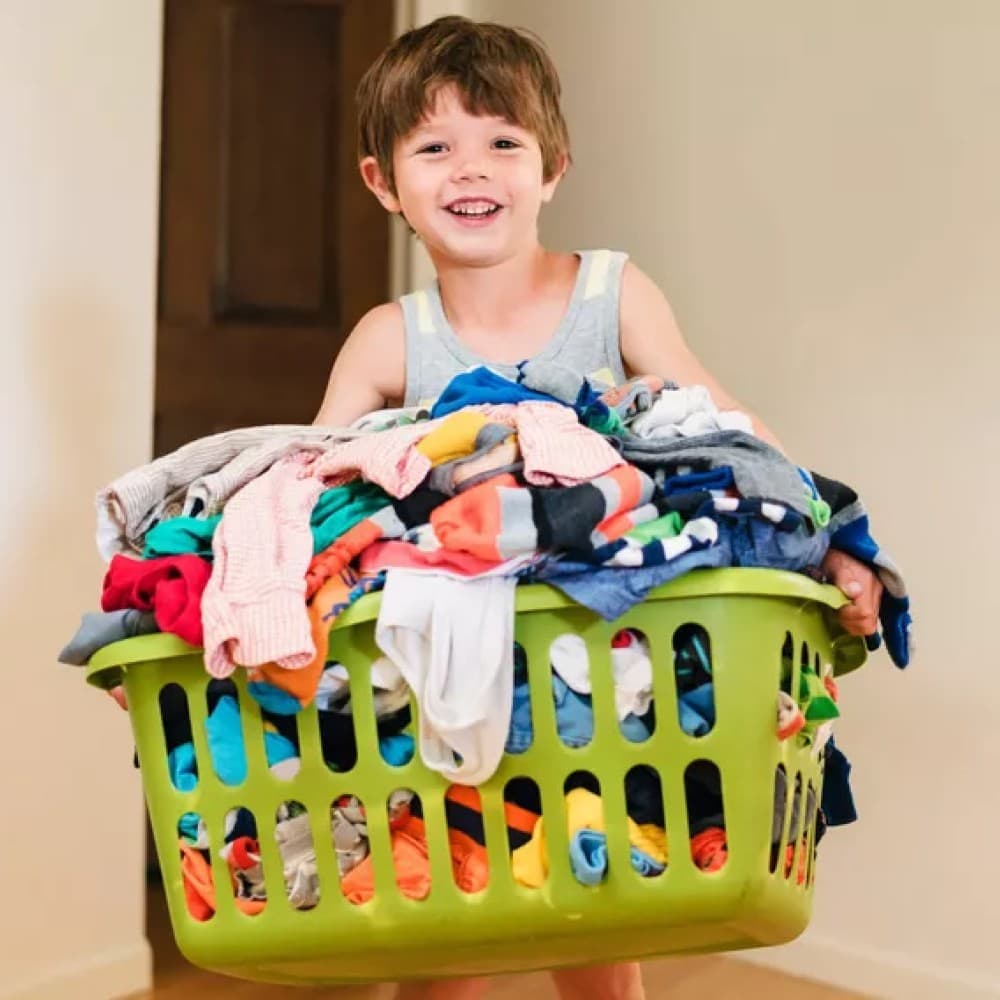 Tidying up the kids’ rooms is a common nightmare for almost every parent! Though Marie Kondo’s popular series Tidying Up on Netflix has come up with a genius space-saving trick of folding clothes, one mom has got another better idea. She urges the parent community to ‘normalize’ the mess in the kids’ room and save time and frustration in the process. Because, no matter how often or how neatly you fold your kids’ laundry, a mess is inevitable at that place. Her TikTok Video has racked up over 2.6 million views already! 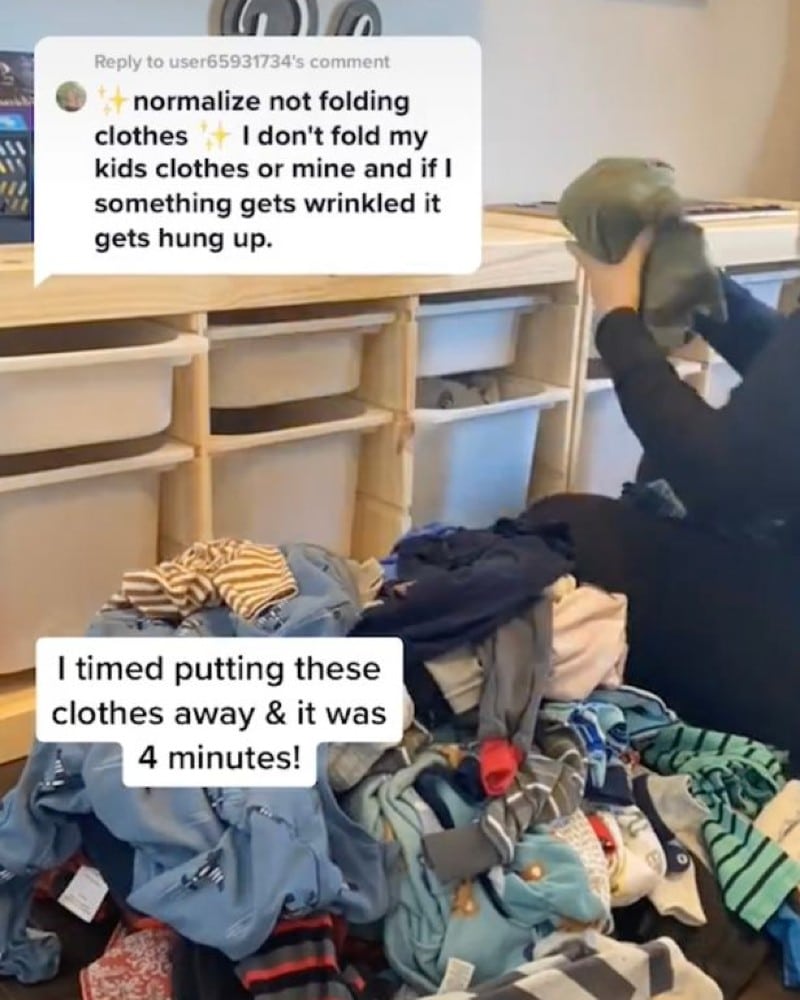 Under the TikTok handle @playroominspo, Courtney recently posted a video asking not to fold the kids’ clothes at all. In the sped-up video, she is seen putting the laundry away in the boxes in her kids’ room, just without any folding or even pairing socks. The video plays with the message that it only took four minutes to put the clothes away, which was far better than clothes piled up for days in the room, waiting to be folded and then stored. So, normalizing the mess in your kids’ room with a ‘no-fold’ system has its perks!

While a lot of parents were amazed by Courtney’s parenting hack video, some were skeptical too. Many lauded it as one of the best relieving parenting methods they’d hope to learn about sooner. One person even admitted that they don’t even fold their own clothes. The nay-sayers came up criticizing it as a lazy person’s idea to normalize a mess. But defending Courtney, others quickly responded that it was worth all the saved time and mental health. The habit can, of course, co-exist in each parent, but at the end of the day, normalizing the mess in kids’ rooms isn’t that big a deal.

If you’re a Disney fan, chances are that you’re familiar with at least one of their live-action ...

5 Homeschooling Tips That the Teachers Themselves Stand Behind

Due to the global pandemic, schools have resorted to distance learning and instructed students to ...

We all love cake, but we don’t always love going through the making of a beautiful sponge. Salon ...