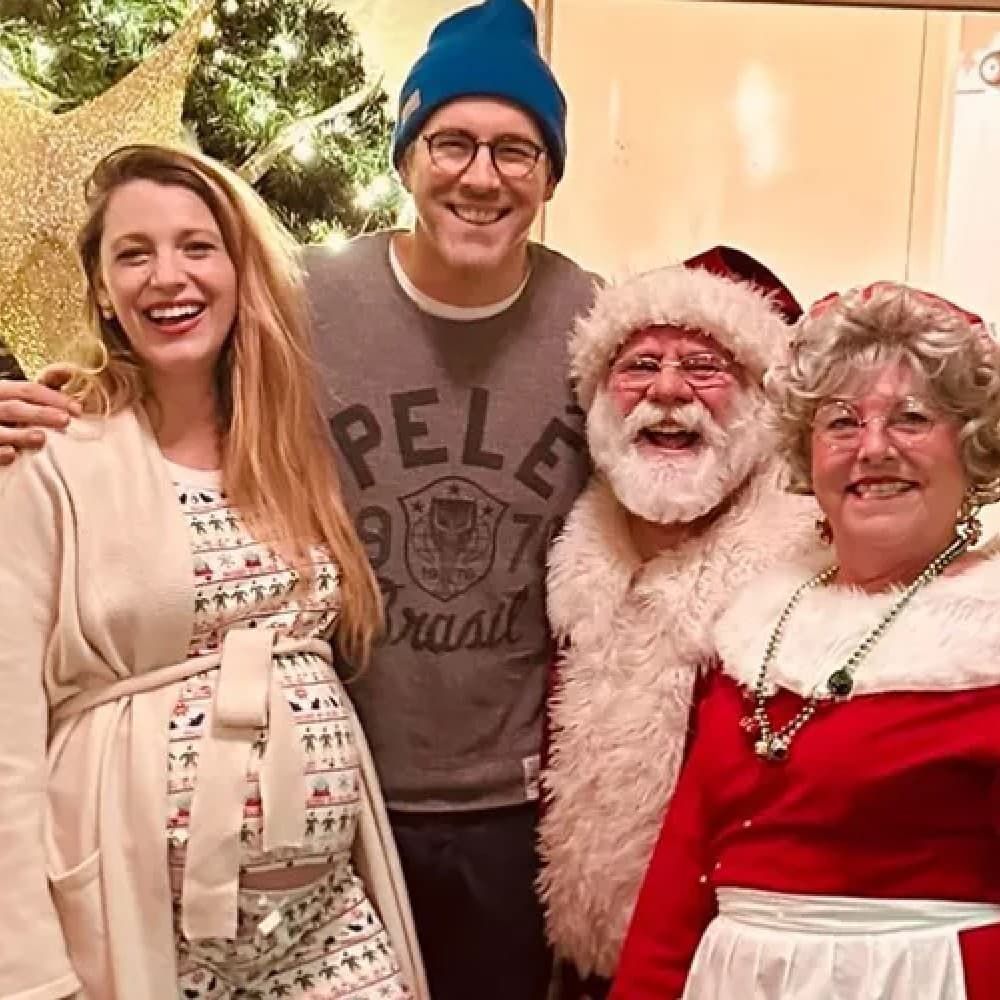 Ryan Reynolds and Blake Lively are obviously in the holiday mood. While the popular celebrity family is getting ready to welcome baby no. 4, the adorable couple is seen hanging out with the greatest Christmas VIPs! As Reynolds described in his Instagram, they are none other than Jessica Claus and her famous husband Santa.

Ryan Reynolds shared a photo of the celebrity couple standing in front of holiday décor alongside the most famous couple of the North Pole! Reynolds jokingly wrote that they met them on the Polar Express. He also mentioned that Jessica Claus was everything he’d always dreamed of as a kid, smelling like cinnamon buns. While the four of them looked gleeful in the photo, Blake Lively was perfectly radiant showing off her adorable baby bump.

In the Instagram photo, a smiling Ryan Reynolds is seen wearing a casual Pele soccer shirt and a blue beanie hat, with his arms wrapped around his pregnant wife, and Santa on either side. For the joyous photo-op, Blake Lively donned Hanna Andersson Pajamas with a matching cream-colored robe. But her glittering sneakers were the main star of her outfit, at least according to Lively! That’s why, when Reynolds cut the shoes off in his post, the Gossip Girl alum called out her husband in the comments by writing “My shoes!” 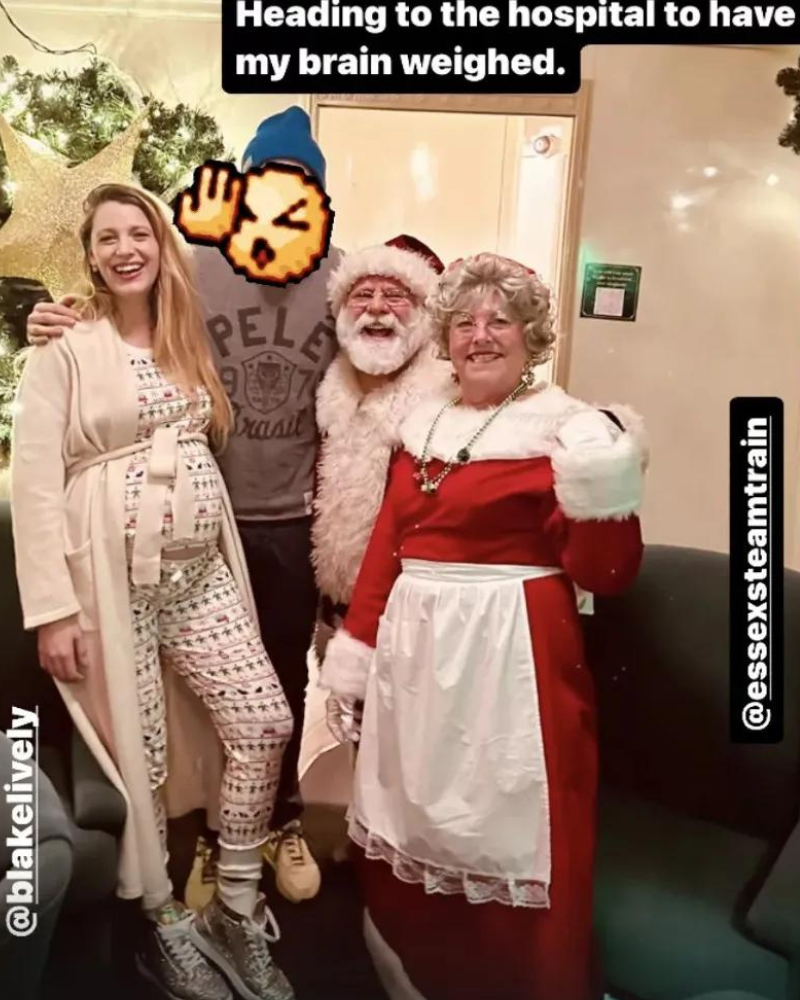 Ryan Reynolds and Blake Lively are widely known for teasing each other on social media. So, not long after his wife’s comment, the Deadpool star jumped into action to rectify his mistake in his Instagram stories. He added another version of the same photo with the shoes. In the updated photo he mentioned his mistake as inexcusable and his action as a callous lack of fortitude. He also informed everyone that he would be rushing to the hospital to have his brain weighed! We expect nothing else from this witty couple.

According to different studies, the average American family is expected to spend about $848.90 on ...

Casseroles are a regular fixture at most weeknight family dinner tables and potlucks. Make this ...

The acclaimed producer and writer, Tyler Perry, gave away 5,000 meals for Thanksgiving to Atlanta ...